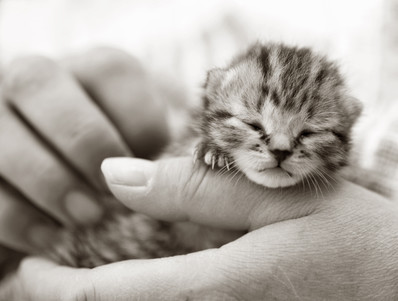 Here Kitty Kitty… We look at the top ten kitten names for 2014.

And yes, Kitty is in there – at least in some of the ‘Top Ten’ lists – but not all. It seems what we like to name our favourite feline friend differs between the US, UK and Ireland. We got stuck into the ‘Top Ten’ lists to bring it all together here for you.

So, according to the Vetstreet list, Bella is still the queen of all female kitten names in the US for the 7th year in a row – having the Twilight series to thanks for this no doubt. And keeping with trends, Elsa wasn’t even in the top 50 in 2013 and sits at number 5 girl cat name in 2014 – some jump for the ‘Frozen’ star. Oliver is in the number one spot for male cat – not much to say about that! Closely followed by Milo and Leo; neither of which featured in either our UK or Irish lists.

Poppy was the most popular names for cats for the fourth year running in the UK, closely followed by Molly and Charlie. Interestingly, the UK top kitten names mirror some of the most popular baby names in 2013 in the UK (Poppy number 7, Charlie number 5 and Oscar number 7), pointing to the trend of humanisation of pets – the furry feline being a best friend or surrogate child.

We seem to have our paws more firmly planted here in Ireland with our favourite names still being more traditional (and literal) ‘cat’ names like kitty, fluffy, tiger, tigger, ginger, Tom and Lucky. Poppy and Bella didn’t hit our Top Ten (but Bella does sit at number 11 overall in Just Cats list and Poppy at number 23 in its Southside list).

Our Petinsure.ie list has a few notable different names in the Top Ten – including Gizmo at number 4 and Ruby at number 10. Just Cats who did a huge survey of the Dublin area found differences in favourites between the Northside and Southside; and overall had a very down-to-earth top ten list.

We’d love to know what you called your kitten? Whether it’s whacky, cute, normal, a Breaking Bad or Game of Thrones character… we promise we won’t judge! Email Hilary on info@petinsure.ie