The rise of the pet population 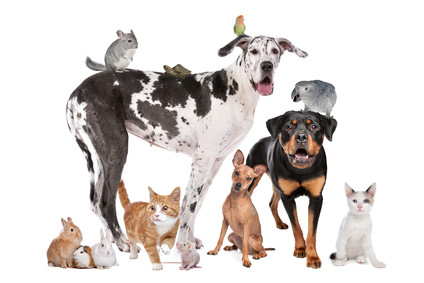 The Italians love their birds, the French love their reptiles and the Turkish love their fish – and we all love our cats and dogs… we take a look at pet ownership trends in Europe and speculate on why the pet population is increasing?

Over 70 Million households across Europe own at least one pet, and this includes 25% cats and 26% dogs. Irish households own less that the average with 20% having a dog and 14% a cat (compared to 24% dogs and 19% cats in the UK). Romania tops the chart with a whopping 45% of households owning a cat or dog.

The Pet Food Manufacturers Association (PFMA) in the UK commissions a pet population report each year, which looks in detail at pet ownership trends. It’s worth a read: http://www.pfma.org.uk/pet-population-2014/

Russians own the most dogs (about 12 and a half million), cats and small mammals (e.g. hamsters, rabbits, guinea pigs); but you’ve got to remember that Russia also has by far the largest people population in Europe so it makes sense that they own the most pets. However, if you look at how many Russian households own a dog as a percent of the population, for example, it’s quite low compared to some other European countries. We’ve made it easy for you to compare countries by compiling the stats from the FEDIAF into the user-friendly tables below (the tables rank both dog and cat ownership in Europe from highest to lowest).

Between 2001 and 2013 small dogs have grown a lot in popularity in the UK and large dogs have seen a similar decrease in popularity. Medium sized dogs’ popularity has stayed more or less the same.

A really interesting study from James A Serpell on How Social Trends Influence Pet Ownership speculates that people are using non-human social support to compensate for a breakdown in traditional social support systems due to urbanisation. For example:

It’s no wonder a companion animal is so attractive. And it also explains a lot about the trend in pet humanisation. But that’s for another day…